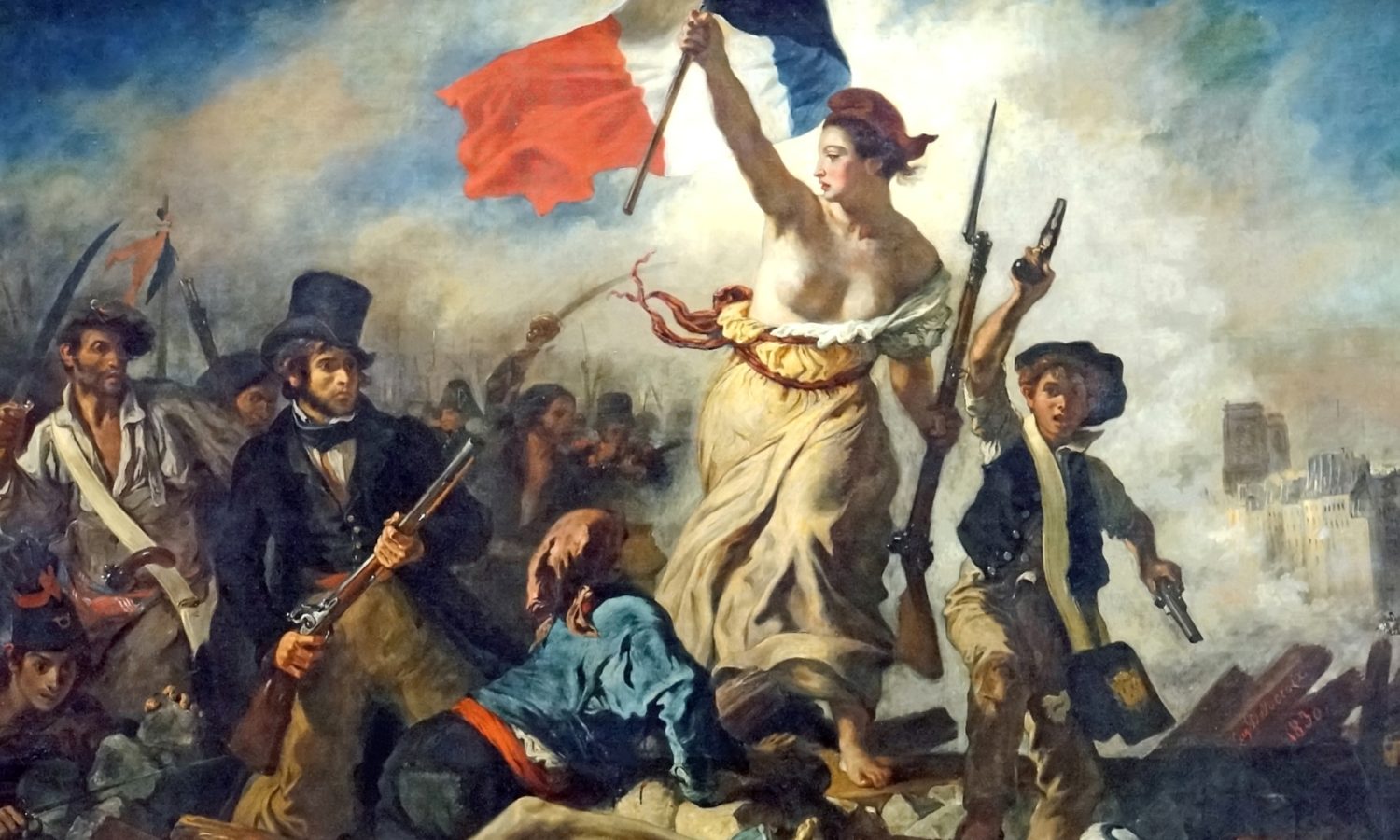 Previously a grand palace for France’s Kings and Queens, the Louvre is the world’s most famous museum. Masters and masterpieces, antiquities and artifacts fill its decadent halls, from 700BC to the 19th century. With 35,000 pieces of art, it really has it all. Did you know, it would take 3 whole days to see everything in it? Now that’s a lot of art! To narrow it down, it can be useful to know the best bits, the must-see paintings and sculptures that are the most renowned. So, allow us to introduce the best things to see at the Louvre Paris: highlights you can’t miss. 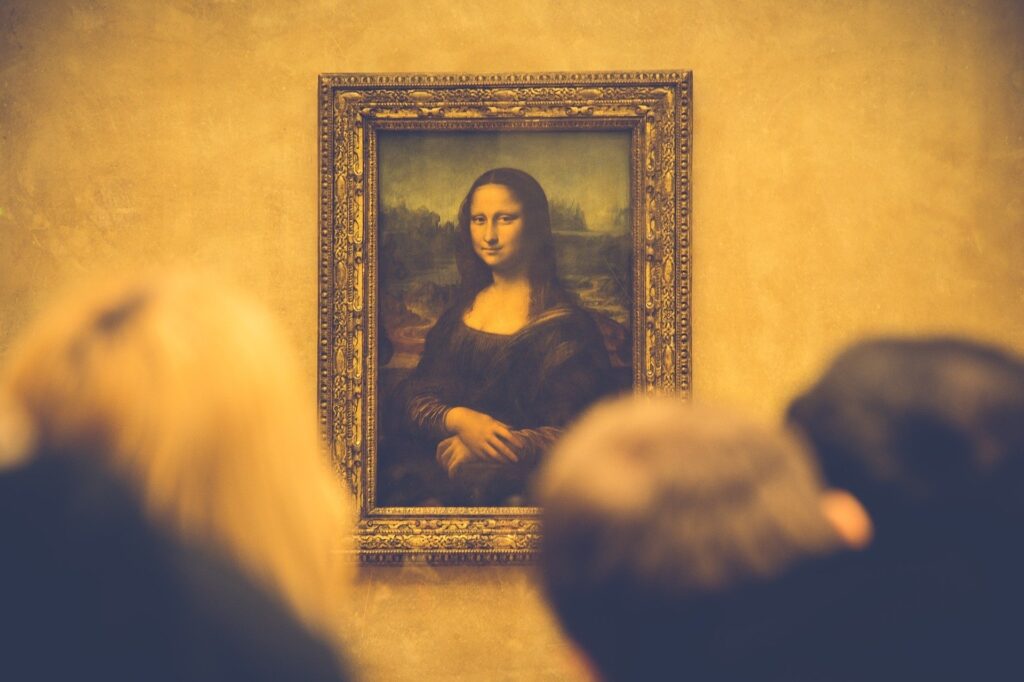 For the most famous painting in the Louvre: The Mona Lisa

Leonardo da Vinci’s Mona Lisa is the world’s most famous painting. Called ‘La Joconde’ in French, it’s by far the Louvre’s most popular artwork. People come from all over the world to see this masterpiece in person! Find it in the Mona Lisa room. Warning: it may be a little crowded! If you want to avoid crowds, we’d recommend going super early or just before closing. Why not brush up on your knowledge before you go? You can read our article about who the Mona Lisa is – or was!

While you’re at the Louvre, be sure to check out some of the less-known Leonardo da Vinci works, like Virgin with Child. His other paintings are just as beautiful, and sometimes a little less crowded! 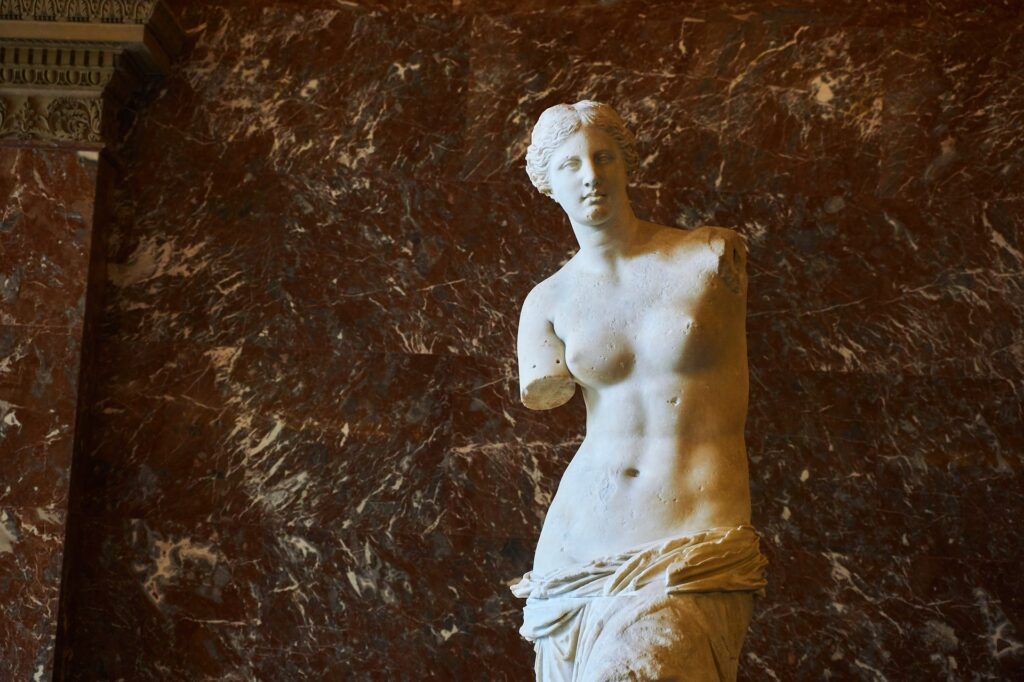 For fans of Ancient Greek history/mythology: The Venus de Milo

If you’re obsessed with Ancient Greek history, this one’s for you! The Venus de Milo is one of the most famous ancient sculptures in the world. Carved from marble, this statue was made between 130 and 100 BC and discovered on Milos island. It either depicts Aphrodite, the Greek goddess of love and beauty, or Amphitrite, a key goddess for the island.

If you’re on a roll, another hellenistic sculpture to check out is The Winged Victory of Samothrace… Nike was the Greek goddess of victory. Fun fact: the Nike ‘swoosh’, or tick, is supposed to represent the Goddess’ wings! 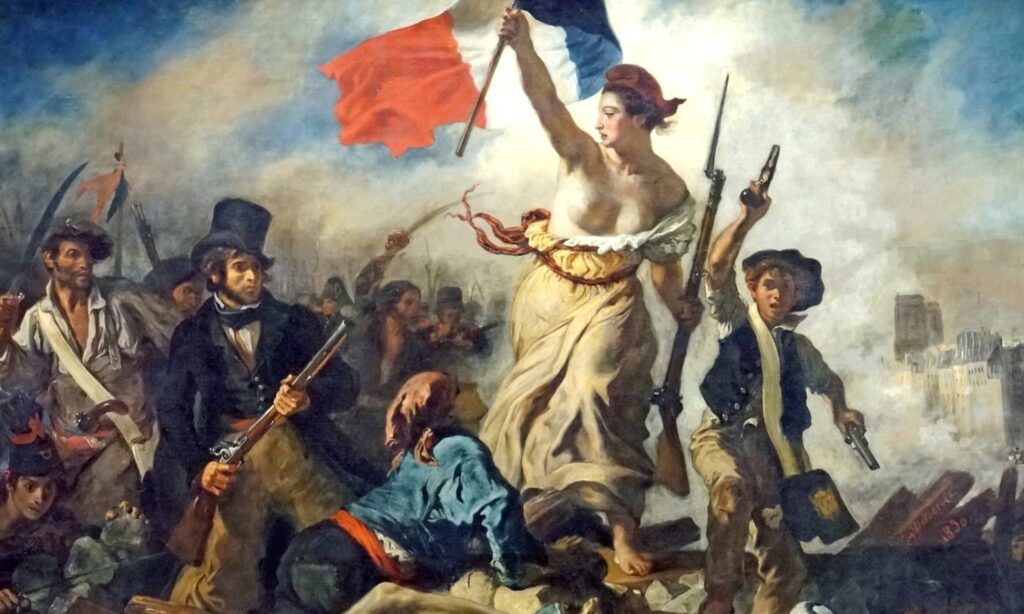 For fans of French history: Liberty Leading the People (1830)

In 1830, famous French painter Eugène Delacroix depicted a landmark event in the history of France. Liberty Leading the People represents the July Revolution of 1830. This is one of the best things to see at the Louvre, as it shows the fight for modern France and democracy.

A truly inspiring painting, you can see Marianne flying the French flag or Tricolor, a universal symbol of freedom. You’ll be reminded of the French motto: Liberté Égalité Fraternité!

Did you know? This painting inspired the Statue of Liberty! See if you can spot the young schoolboy with two pistols on the right. He may have inspired the character Gavroche in Victor Hugo’s Les Miserables! 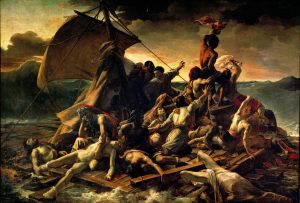 For the masterpiece of Romanticism: The Raft of the Medusa

You’ll find it easy to spot this one! This painting is HUGE, measuring 5 by 7 metres! Romantic artist Théodore Géricault’s masterpiece The Raft of the Medusa depicts the shipwreck of the Méduse (French for Medusa) boat in 1816.

Lost at sea on a raft for 13 days, only 15 of 146 on board survived, and did so by resorting to cannibalism. It was a huge scandal at the time, and Géricault took advantage of the popular yet controversial subject to make a name for himself.

In a bid to perfect his portrayal, he studied corpses and severed limbs – pretty grisly stuff! While certainly one of the more memorable paintings at the Louvre, this painting is significant for the huge influence it had on French romanticism. It marked a turning point in art history. 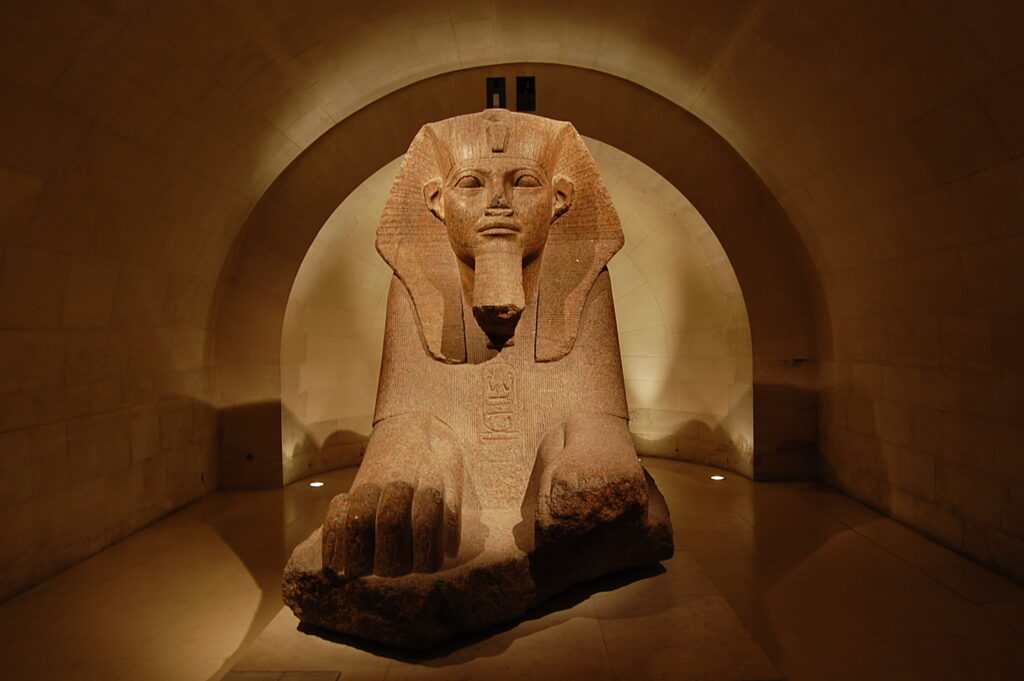 For Fans of Ancient Egypt: The Great Sphinx of Tanis

This enormous granite sculpture dates back to around 2600 BC. Now that’s seriously old! The Great Sphinx of Tanis is fantastic for anyone interested in the Ancient Egyptians. It has the names of three different pharaohs inscribed on it. The Sphinx was a mythical creature with the head of a man and the body of a lion, often to symbolise the link between the pharaoh and the sun god Ra. Sphinxes were used in Ancient Egypt to guard the entrances to cities or temples. Pretty intimidating!

Feeling inspired? You’re now fully prepared for the best things to see at the Louvre! If you’d like to learn more about the Louvre and its precious collection, why not join one of our local guides for a private tour of the Louvre? What better way to appreciate the history of these masterpieces and ancient artifacts! You can also book a Virtual Tour of the Louvre so you can travel from home during the lockdown.