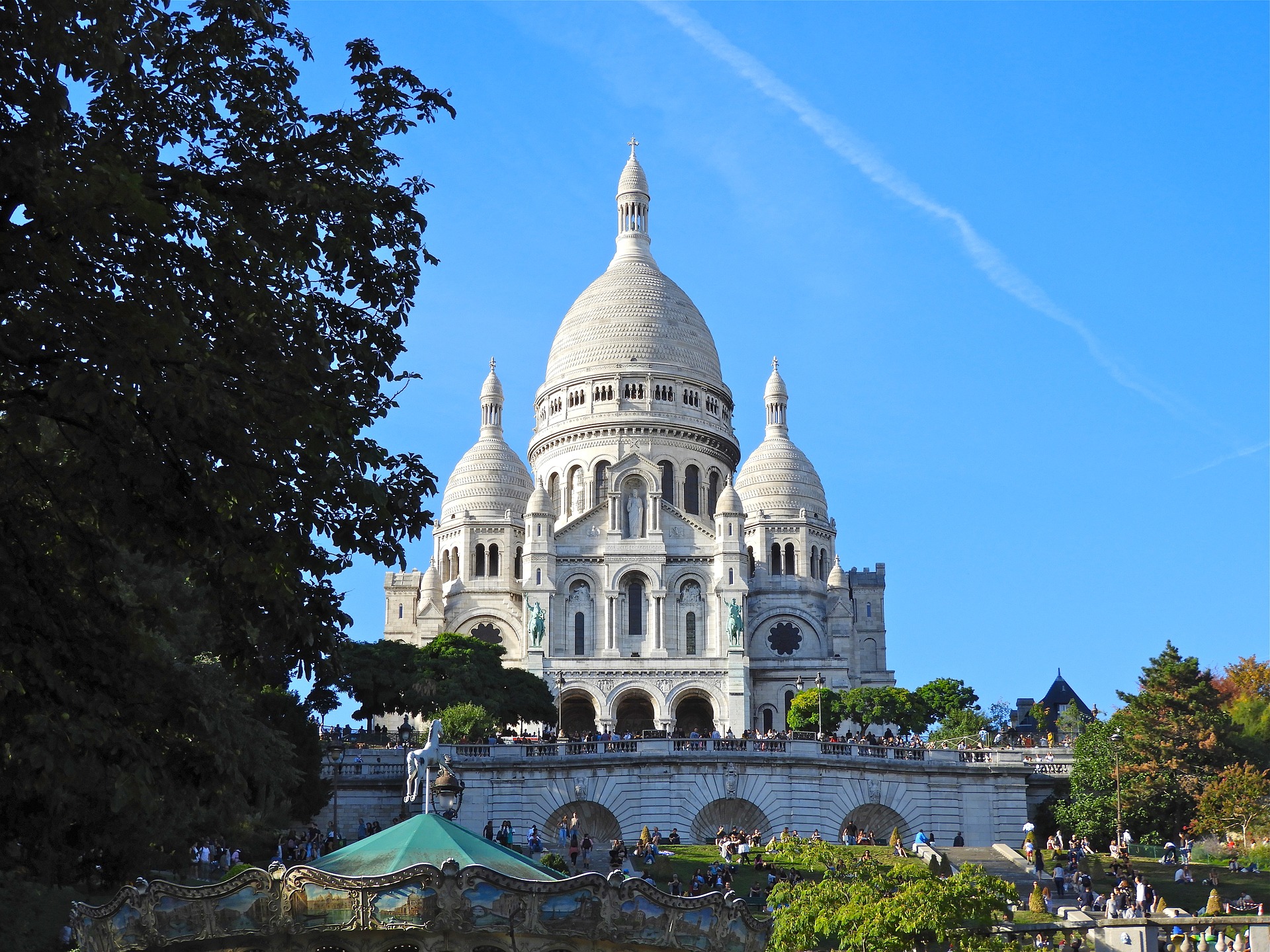 Montmartre – winding cobblestone streets, bohemian bistros, Sacré Coeur and the Moulin Rouge. There is so much to see in this quintessentially French neighbourhood that makes it a must during a trip to Paris. But beyond the main tourist sites there are also several secrets hidden within the quarter that one may stumble upon. Here are my top 5 secrets hidden in Montmartre. 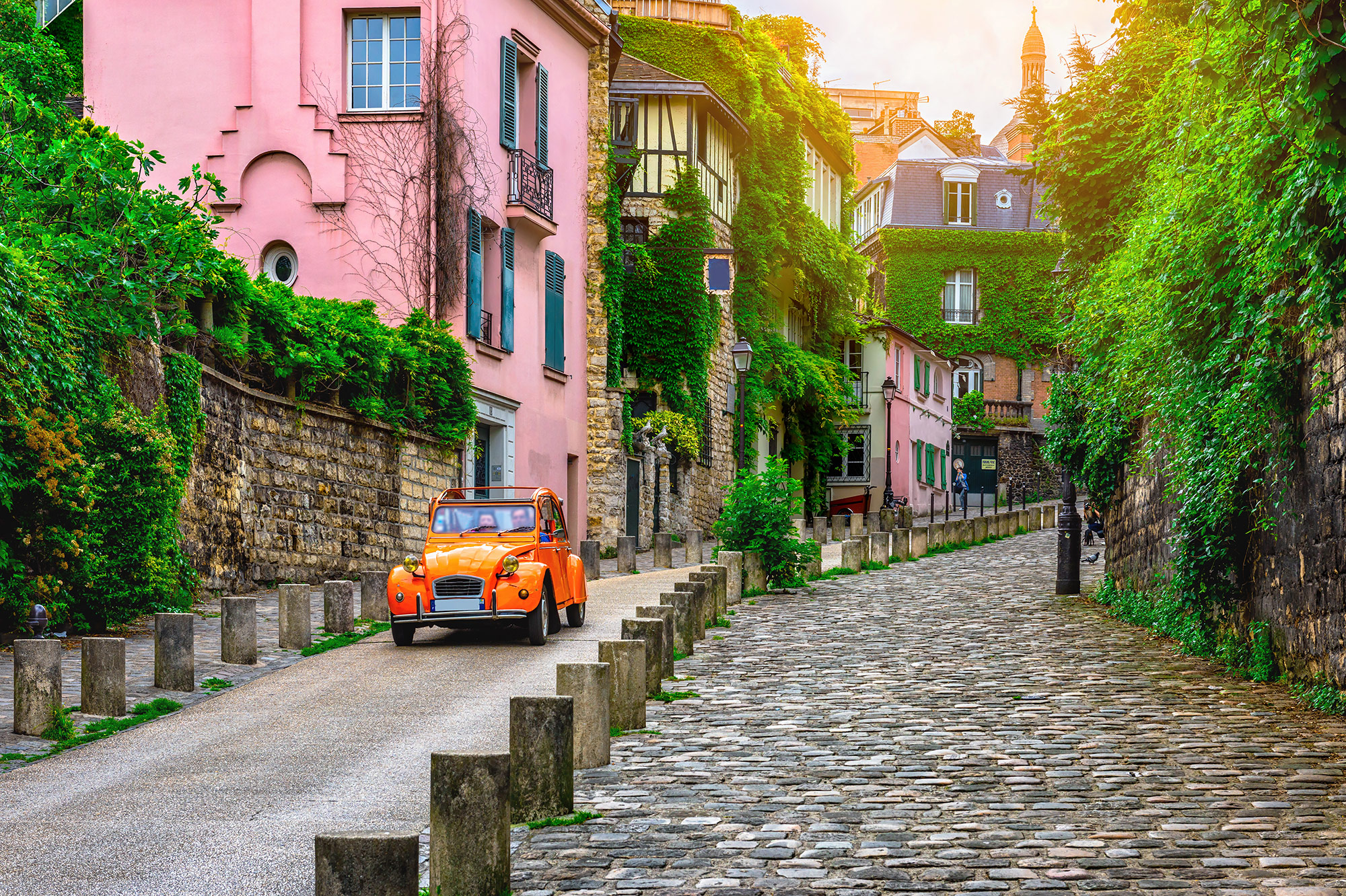 Surrounding the Musée Montmartre are three charming gardens named after the Impressionist painter Auguste Renoir who once lived and painted there. The cost to visit just the gardens is 4 euros, and you’ll enjoy spectacular views of Montmartre as well as the cityscape of Paris. Plus, within the gardens there is a tiny tea salon housed in a room that was a former winter garden. It was actually the glass roof of this room which inspired Renoir’s painting “Bal du Moulin de la Galette” in 1876. The enchanting Café Renoir is open everyday between 12:15 and 7pm.

On the corner of the Rue Girardon and Rue de l’Abreuvoir you find yourself in the idyllic Place Dalida, named after the French chanteuse and actress Dalida. There is a bronze bust statue of the singer that was placed in the square to mark the ten year anniversary of her death. People touch certain body parts on the sculpture for good luck: you’ll see the patina on the bronze to know where!

For a better view of Sacré Coeur, go around the back of the Basilica to this square and the little Parc de Turlure. With a pergola covered in vines, this quiet park is appreciated by the locals, and there are no crowds of tourists getting their portraits painted like in the nearby Place du Tertre. Within the garden are several benches where you can sit and rest after climbing the Butte de Montmartre!

This boutique hotel recently opened in an exquisite 19th-century Hotel Particulier which is almost completely hidden in greenery. If you’re not staying in the hotel, which is a favorite of A-listers, you can still visit the luxurious Le Très Particulier bar or the hotel restaurant Le Grand Salon, a popular for choice for brunch on the weekends.

One of the best parts of Montmartre are the tiny dead-end streets, called Impasses, often hidden from sight. Many are private, but there are still some that can be accessed by the public. Perhaps the most beautiful is Villa Leandre, just next to Un Hotel Particulier. When you walk down this street you will think you have somehow just been transported across the channel and are now in the English countryside. See if you can spot at #10 Villa Leandre the small “Downing Street SW1” street sign next to its door- a nod to the famous residence in London.

If you head closer towards Pigalle, not far from the Moulin Rouge, off the Boulevard du Clichy you will find a tiny ivy-covered alleyway, the Cité du Midi. You’ll be able to see the faience facade of the former Bains Douches Pigalle Bains- a bathhouse dating from the Belle Epoque which has now been converted into private residences.

Did you enjoy reading our top 5 secrets hidden in Montmartre?

Discover more secrets about the most artsy neighborhood in Paris on our Live Virtual Tour of Montmartre. If you’re craving even more of Paris, book a private virtual experience of Paris for you and your family by clicking here!