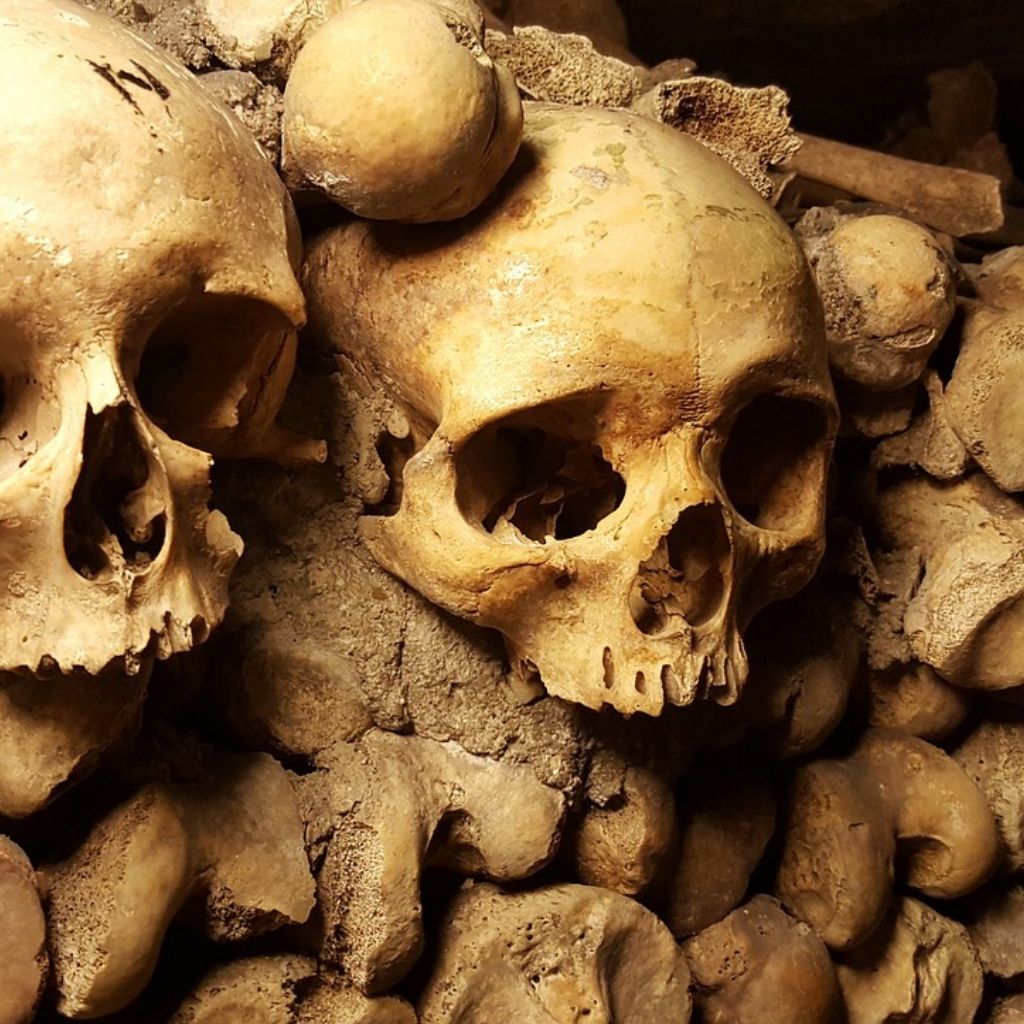 I personally could never set foot in the catacombs of Paris without one of My Private Paris guide holding my hand through it. Our guides have been down there countless times and have all (I think) come back to tell the tale of the famous underground ossuary. Here is a bit of history about the final resting place of the oldest bones of Paris.

When talking about the Paris Catacombs history one must start talking about the cities’ cemeteries. You can visit Paris’ cemeteries the same way you visit a museum, as they are all filled with stories and famous figures! Paradoxically, I find them to be very lively places. But Paris has faced the same problem over the years regarding its cemeteries–their overpopulation. 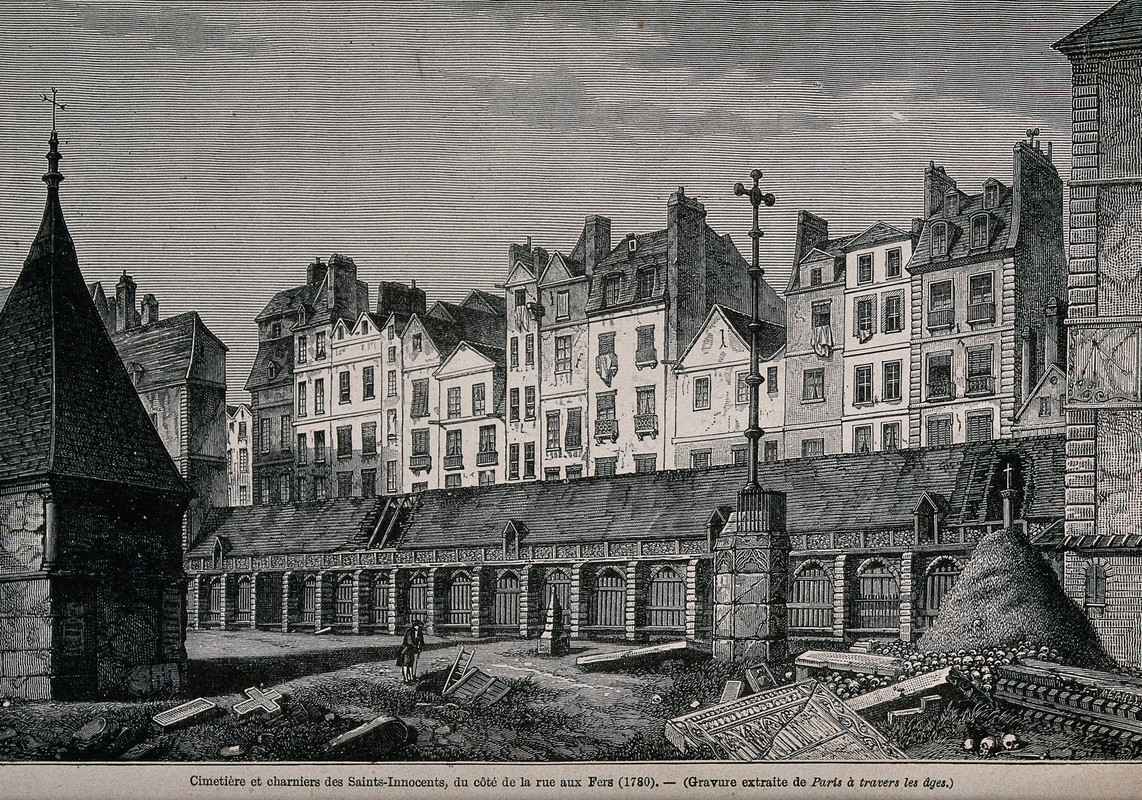 Originally, cemeteries were built outside the walls of the city, but the city’s expansion eventually caught up with them, and over the years they became full (mixing both the living and the dead in some cases, becoming public places and meeting points). This problem raised sanitary concerns. The Cemetery of the Innocents was so overpopulated that in 1780 the wall of a hotel collapsed and bones flooded the basement.

It was then that it was decided the cemetery would be closed and the bones transferred to the stone quarries underground. It took 15 months for silent, nocturnal processions led by priests to move the remains underground. Over the course of the French Revolution, piles and piles of bones were dropped unceremoniously in the stone quarries that became the catacombs.

The stone quarries represented more than 300 kilometres of underground tunnels on which sits the city. Where have the stones gone? You may ask. They are above ground, piled up into now old buildings of Paris.

During the Napoleon Empire, it was decided that the bones would be arranged in a necropolis emulating the roman ones, which explains the surprising aesthetic, effectively creating a city of the dead underneath the city of the living.
We estimate there are over 6 million remains buried in the Catacombs today, giving way to legends and ghost stories of adventurous people who wandered into the Catacombs beyond the lit route and never emerged again.

To this day, the Catacombs of Paris are a famous and fascinating attraction, so much so that if you come unprepared you may have to queue for over two hours before stepping down into Paris’ necropolis.

Visit the Paris Catacombs with My Private Paris on a 100% private tour or an extra-small group tour that includes: