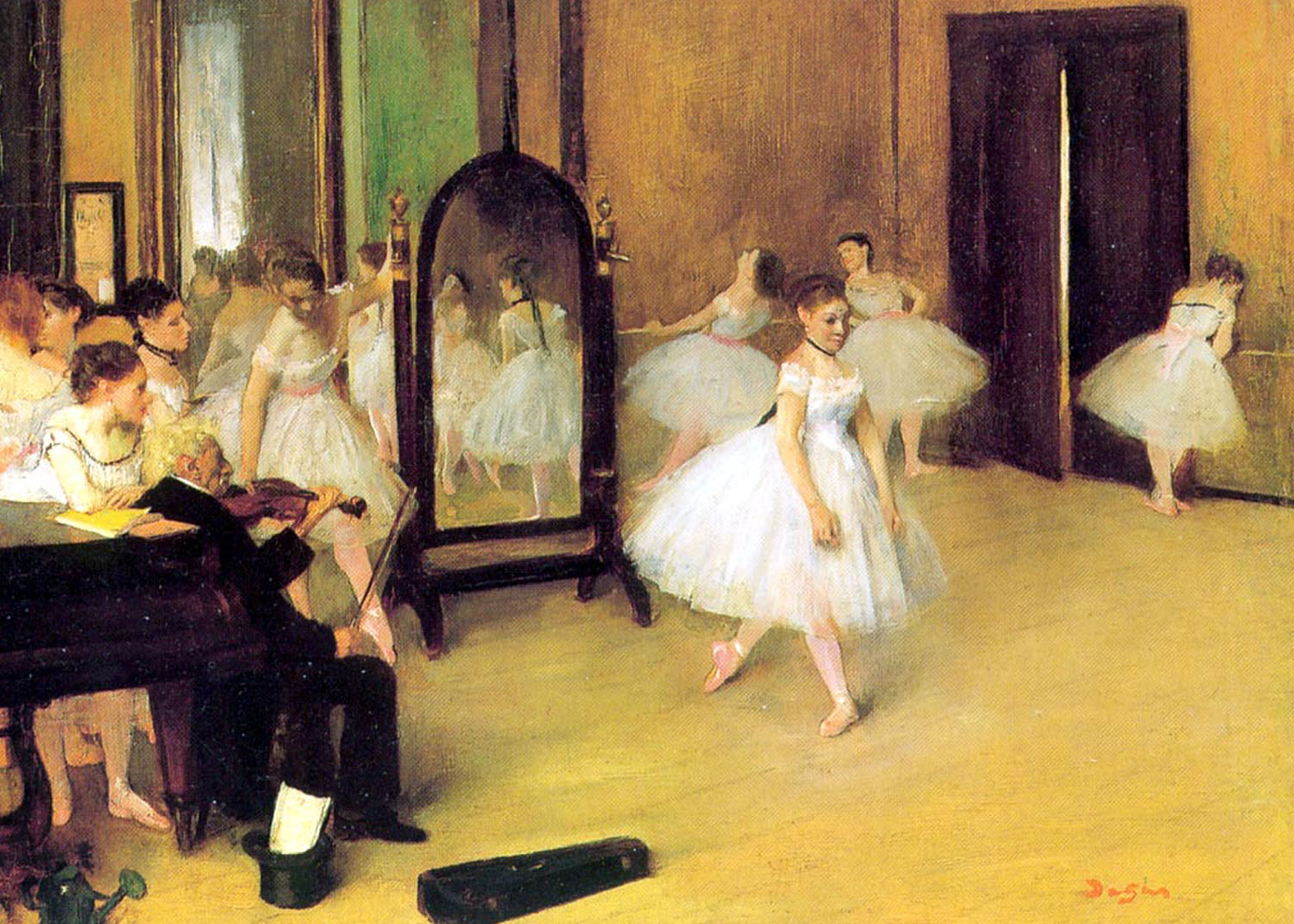 When one expresses the desire to take a stroll, one might go to the park or along the shore or the busy streets. When one is Edgar Degas you might find yourself loitering behind the stage of the Opera of Paris without anyone stopping you or asking you for your ticket. Starting today, September 24th 2019, Orsay Museum open their doors to their newest exhibition on Degas’ particular relationship with the prestigious monument, stage to one of his greatest inspirations: the adolescent curves and delicate tutus of the “little rats” of the Opéra Garnier, the young dancers in rehearsals behind the scenes.

At the origin of the architectural project of the Opéra Garnier, there was an attempt to murder Napoléon III at the Opéra Peletier. The Emperor survived the bombing, but the hall did not. He thus ordered the construction of a new opera the day after. The Opéra Garnier was then inaugurated in 1875. Degas was a naturalist and impressionist painter living in Paris in the 19th century. He had a friend in this orchestra whom got him inside and allowed him to roam the building at will. He was interested in depicting the training, the resting moments and the performances of the dancers. His paintings and his sculptures of the dancers are now unanimously praised but the initial response to his groundbreaking work was closer to disgust. His work was considered too crude and indecent due to the realistic depiction of the little dancers’ bodies.

For example, ‘Little dancer aged fourteen’ is a sculpture that made quite the scandal. However, it was also a success for infamous reasons. At the time, ballet was falling out of fashion and those who attended were mostly men who were more interested in the dancers than the dancing. The fees of the dancing lessons were very expensive and the dancers, the “little rats” were mostly poor girls, so they often had to resort to prostitution to pay for their lessons. That was the case of Marie Van Goethem, the model for the famous sculpture. A fact that was well-known in society and exposed by Degas’ artwork. 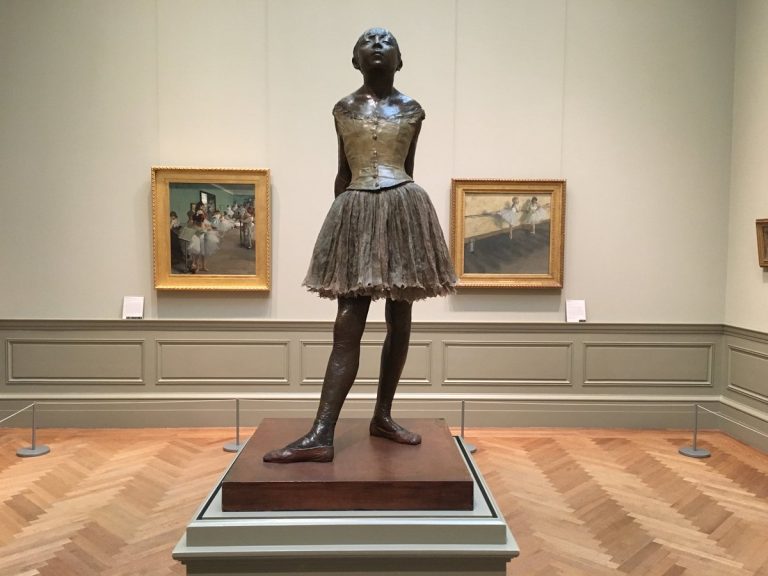 Degas’ work was groundbreaking, he depicted a harsh reality from a novel perspective, such as low-angle shot and high-angle shot and gave us a peek at the hidden world of the Opéra Garnier. If you want to discover more of this artist and his work, book now a Private Tour of Orsay Museum! 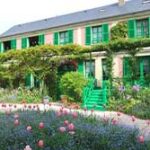