This fall 2019, starting October 24th, an unprecedented exhibition dedicated to Leonardo da Vinci opens its doors to the public at the famous Louvre Museum. The worldwide-known genius is considered one of the most brilliant artists in history, having expressed his art in many different ways during his life–he worked as a painter, sculptor, writer, engineer, scientist, botanist, urban planner and philosopher.

On the occasion of the 500th anniversary of his death, the Louvre Museum has collected 120 artworks from the most prestigious European and American institutions showcasing the icon’s career. However, his most famous piece, the Mona Lisa (who is she, by the way?) will stay in its usual location at the permanent collection. 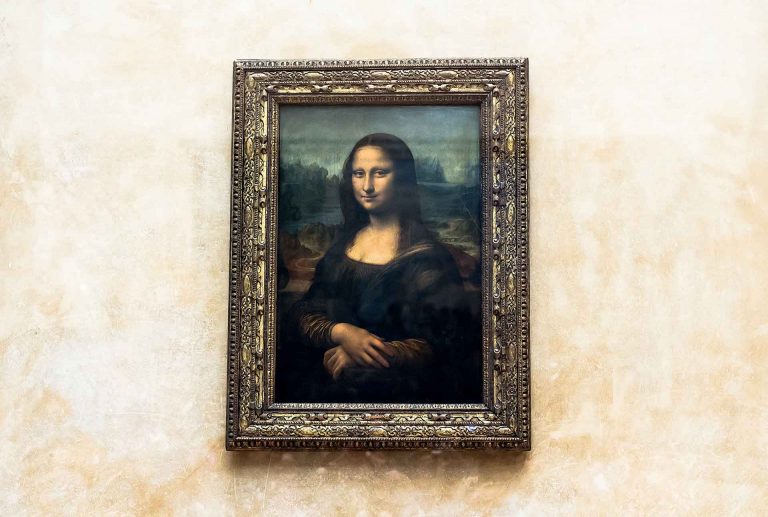 An Icon in History

It’s safe to say that Da Vinci has left a mark of his own in the course of History. An endless number of intrigues revolve around his works–from the attempt to decipher the identity of the most enigmatic smile ever captured on canvas, to the conspiracy theories  emerged from The Last Supper. In addition to being recognized for his paintings and drawings, Da Vinci was the forefather of certain key inventions that continue to cause admiration in the world to this day. The parachute, the flying machine, the crossbow, the diving equipment and the revolving bridge are some of Da Vinci’s most outstanding creations.

The master of the brush stayed at the Château du Clos Lucé at the invitation of King François I, who named him “the King’s first painter, engineer and architect”. Leonardo spent the last three years of his life in this castle. For this reason, the Louvre hosts almost a third of his paintings, including those that were part of the Royal Collection and twenty-two drawings that were later incorporated.

The Louvre museum is commemorating the Genius on the 500-year anniversary of his death with this special exhibition that no one coming to Paris will want to miss. The exhibition, which culminates 10 years of continuous work, will gather a collection of the artist’s paintings focusing around five of Da Vinci’s masterpieces: The Virgin of the Rocks, La Belle Ferronnière, the Mona Lisa, the Saint John the Baptist, and the Saint Anne. This retrospective, that aims to illustrate Da Vinci’s practice and technique, will be accessible only upon timeslot reservation.