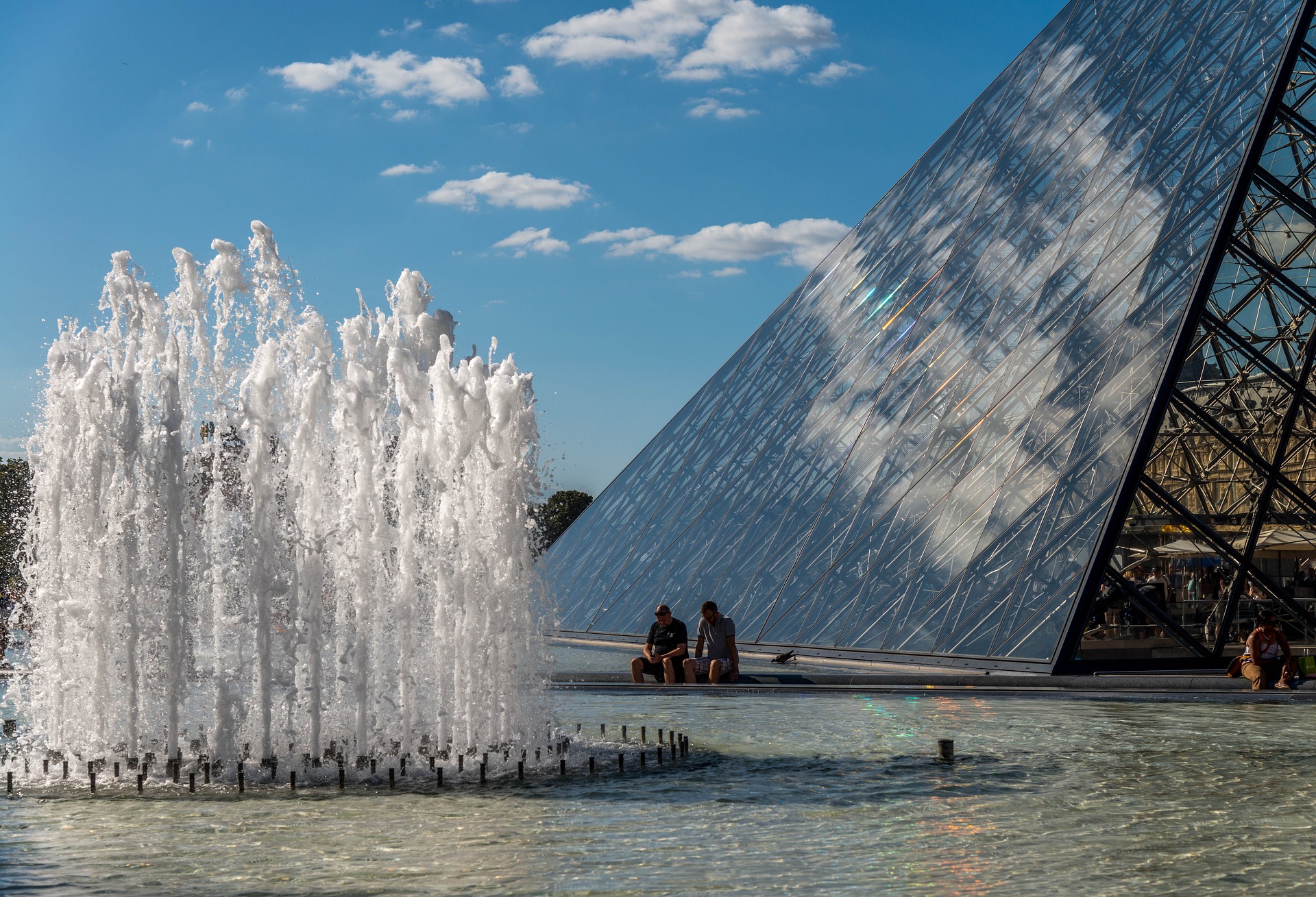 Paris, the City of Light… and water? The use of water in French gardens has been an important design element since the Renaissance, following the Italian style. French gardens and public space designers have since incorporated fountains into the landscape to serve as monuments while also allowing for impressive displays of jetting water and the creation of reflection pools to complement the surrounding architecture. Below are three of the most magnificent fountains in Paris.

Located in the Luxembourg Gardens, the Medici Fountain (pictured below) was built in 1630 for Queen Marie de Medici’s. During her rule as Regent the Italian style was prevalent in Paris and so the gardens of her Medici Palace (now the Luxembourg Palace) were modelled after the Boboli gardens in Florence. Marie’s original fountain is comprised of a grotto flanked by nymphs pouring water from pitchers. The Medici family crest is emblazoned at the top center, surrounded by botanical motifs on either side and topped with a crown.

During the Second Empire renovation of Paris by Baron Haussmann, the fountain was moved 30 meters to make way for the new Rue de Medici’s. Because the original fountain had been placed against a wall of the orangerie, another fountain from a nearby neighborhood was placed directly behind it to serve as architectural support. The Fontaine de Leda is a hidden fountain which can be accessed by walking around the back of the Medici Fountain. After the Medici fountain was moved to its current location, the architect Alphonse de Gisors updated the design to what we see today: in the niches de Gisors placed two statues: a faun and a huntress. Above each of the statues are masks: one mask representing comedy while the other symbolizes tragedy. In the center of the grotto is a sculptural group by the Auguste Ottin: the giant Polyphemus in bronze who has just discovered the lovers Acis and Galatea in white marble. A long, rectangular shaped tree shaded basin was then created in front of the fountain. The Medici Fountain is a favorite spot for Parisians to sit and relax in the shade on a hot day.

Located in the Place Saint-Michel, across the Seine from Notre-Dame is the monumental Fontaine Saint-Michel, constructed between 1858-1860, also a result of the the reconstruction of Paris during the Second Empire. The architect Gabriel Davioud built the fountain in the style of a triumphal arch using French Renaissance design features, creating an architectural facade with a central niche framed by four corinthian columns. Within the central niche the Archangel Michael stands victoriously over the defeated devil. Water flows from a rock underneath the figure of the devil, which then spills into a series of shallow basins and then finally into a street level basin, flanked on either side by chimeras.

The Grande Cascade in the Parc de Saint-Cloud

If you venture a bit west of Paris and take Line 10 to Boulogne–Pont de Saint-Cloud, the Parc de Saint-Cloud is a 10 minute walk from the Metro. Once home to the Château de Saint-Cloud, the Domaine was designed by André Le Notre (Versailles, Tuileries, Vaux-Le-Vicomte). The most spectacular highlight of the sprawling domaine is the Grande Cascade. The immense fountain was built in 1664 for Monsieur (the brother of Louis XIV) who had his residence at the Chateau de Saint-Cloud. Monsieur asked the architect Antoine Le Pautre to construct for him a “ theatre of gushing crystal”. The top section of the fountain is comprised of nine terrasses, decorated with vases, stalactite motifs, and fantastical aquatic animals. The fountain is a supreme example of the French art of jeux d’eau, as water flows down from basin to basin over a 90 meter long slope leading to a reflecting pool.  In 1698, architect Jules Hardouin Mansart (Versailles) added a canal to prolong the fountain giving it even more splendor.

These three works of art are just a short selection of the spectacular and unique fountain designs one may come across in Paris!