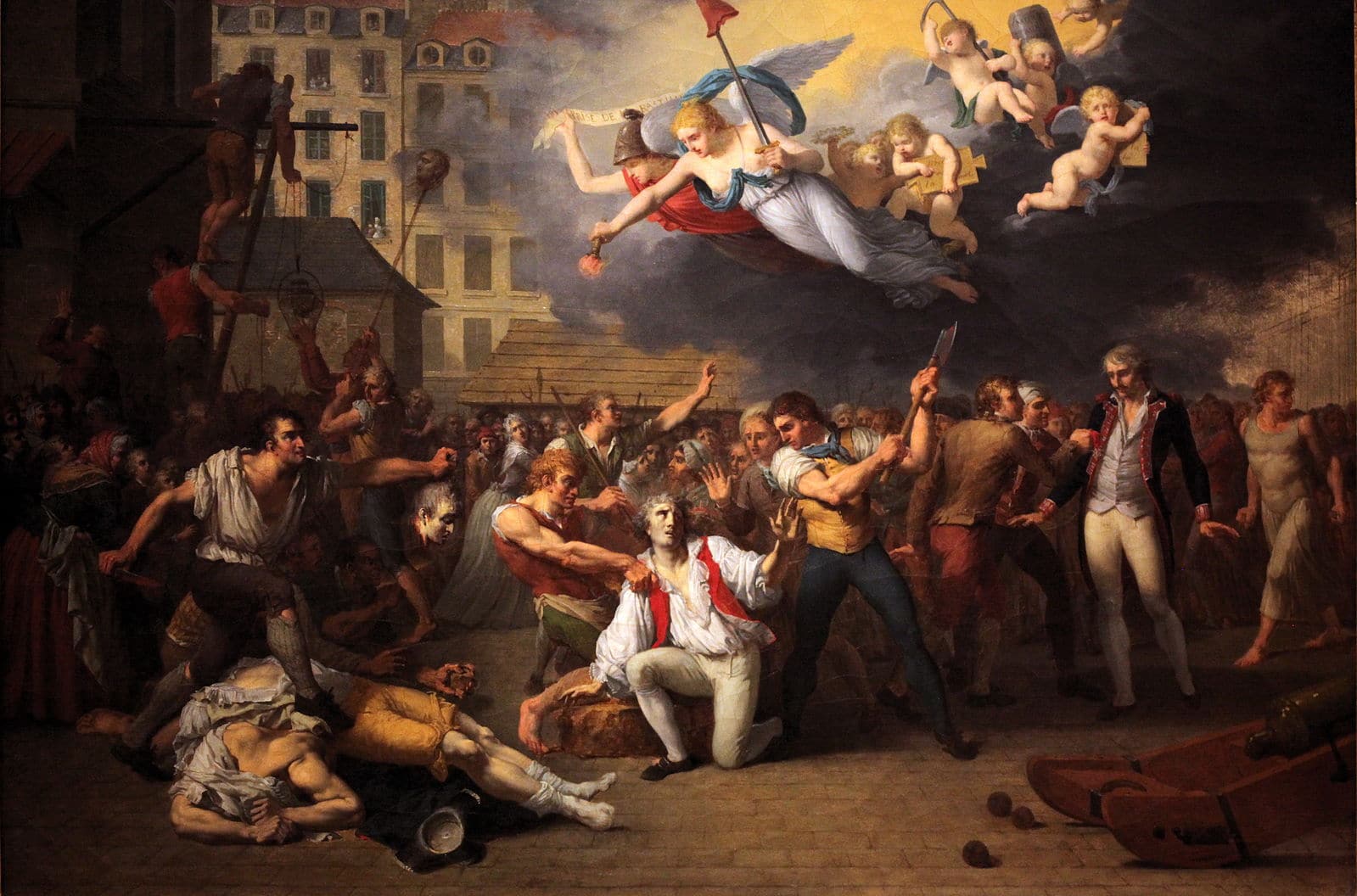 July 14th in France is the Fête Nationale, or Bastille Day, which celebrates the anniversary of the French Revolution of 1789. The French Revolution was an extraordinary moment when people joined together to show that you could rise above an unjust situation and recreate a society. You may argue that this marks the crossroads of the modern world where monarchies crumbled and republics emerged. The Revolutionaries brought the power back to the people, and the motto “Liberté, Égalité, Fraternité”.

France had one of the oldest monarchies in the world. French society was divided into three groups, called the three estates: The Clergy, The Nobility and the Third Estate. The Third Estate was the majority of French society and made up about 96% of population. While the Nobility and the Clergy did not pay taxes, the Third Estate was burdened with heavy impositions. The 18th century was the century of the Enlightenment, when philosophers wrote about “natural rights” – life, liberty and property, valuing science and reason. These ides from figures such as Voltaire, Diderot and Rousseau began to influence the people.

France was in a huge amount of debt, brought on from the wars of previous two reigns (Louis XIV and Louis XV), and also because of its participation in the American Revolutionary War.  The state of affairs in France had become so dire, and due to a poor harvest in 1788 there was famine. People began to revolt with violent protests, looting and rioting because they were starving. Marie-Antoinette reportedly said, “Let them eat cake” – but this is a myth. While the people had no bread, Marie-Antoinette used flour to cover her extravagant pouf hair styles, and this was what prompted the famous myth.

Louis XVI is forced to call a meeting of the Estates General, a meeting of the representatives from each state, in May 1789. This is the first time they have a meeting since 1615. They voted on tax reform laws, but since the third estate had the same number of votes as the Nobility and Clergy they were always outvoted. The Third Estate demands that lordly and feudal rights be abolished and that nobility and clergy pay taxes as well. On June 17, after a six week deadlock the deputies from the Third Estate call themselves the National Assembly. On June 19, the Clergy joins the Third Estate and on June 20th the deputies march to Versailles to meet, only to arrive to find the doors locked by nobility. They move next door to the Jeu de Paume, a room used for playing a game similar to tennis. In this room they swear they will not stop meeting until they have a new constitution, declaring “to never separate and to assemble everywhere where the circumstances called for the royal constitution to be established and affirmed”. This is called the “Tennis court oath”. More and more clergy join the Third Estate, and then finally deputies from the nobility joined. At the head is the Duc d’Orleans, the King’s cousin. On June 27, the King ordered that the rest of the nobility and clergy join the National Assemble, yet he has been gathering his armed forces around Paris. To defend themselves, the Parisians form a national guard. When the King dismisses his Finance Minister Jacques Necker, who had been sympathetic to the Third Estate on July 11th, they had no choice but to revolt. They raid Paris armories and arm themselves with 28,000 muskets, but the only thing missing is gun powder.

The Bastille was a prison where gunpowder was stored. But even more so, it was a symbol of feudal rule. So, on July 14th, the Revolutionaries storm the Bastille. They tear into the guards with knives and pikes. Delaunay surrenders, and they drag him through the streets, the crowd kills him and his severed head is paraded on a pike.  In Versailles, an aid tells the King of the news and Louis 16th asks, “Is it a revolt?”. The aid responds, “No sire, it is a revolution.”

The Bastille is torn apart, brick by brick. Some of the pieces of the Bastille are sold to be worn as jewelry as emblems.

In August 1789, the National Assembly demolishes class distinctions in France and all privileges for the nobility and clergy are removed. The Declaration of the rights of man and of the citizen is published on August 26.

The National Assembly tried to cohabit with the monarchy but it did not work. Over the night of October 5, 1789 5000 Parisians marched to Versailles, some breaking into the palace and heading straight for the Queen’s bedroom. They congregate in the Cour de Marble beneath the King’s bedroom. Marquise de Lafayette urges the King and Queen to go to the balcony and face the crowd. The revolutionaries force them to Paris where they must live at the Tuileries Palace.

On July 14, 1790, to mark the first anniversary of the storming of the Bastille, the French celebrated the unity of the people with the Fête de la Federation which was to symbolize peace. This celebration took place on the Champs de Mars, the present day location of the Eiffel Tower. Since 1880, France has celebrated the Fête Nationale on the 14th of July with a military parade on the Champs-Elysées, beginning at the Arc du Triomphe and ending at the Place de la Concorde. The French President invites ambassadors and other world leaders to watch the parade from the Place de la Concorde and this is one of the biggest events in France during the year. Bonne Fête !