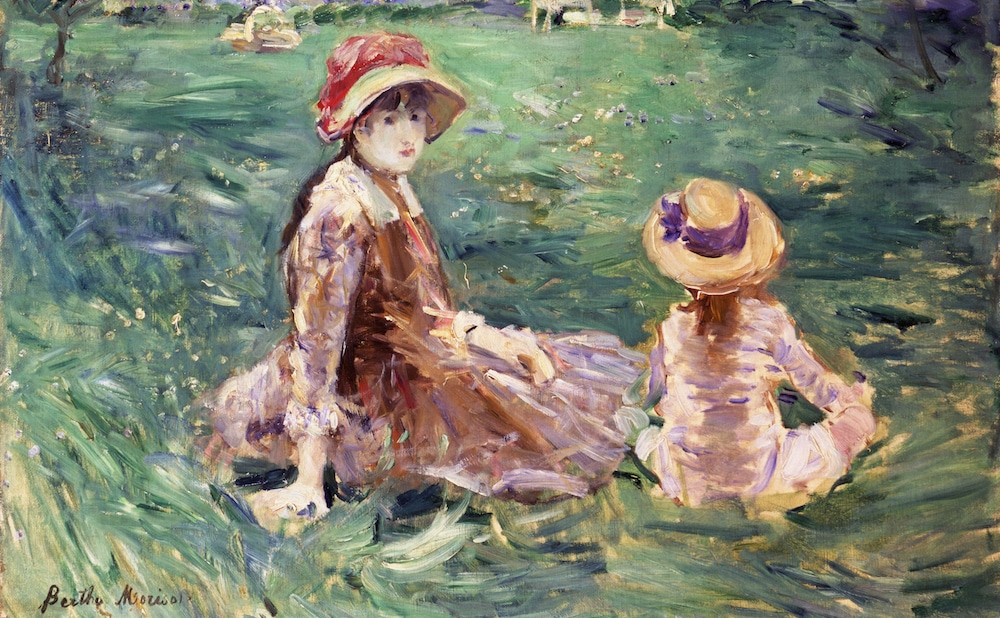 One week from now, on June 18th 2019, D’Orsay Museum opens its doors for the first time to female impressionist painter Berthe Morisot and we are very much looking forward to it (especially our Impressionism enthusiast tour guide, Laure!).

During the second half of the 19th century, there were two sisters whose great uncle was no other than Jean-Honoré Fragonard, France’s Rococo master painter, therefore they grew up with the inspiration and motivation to become painters themselves. Luckily for them, times were supportive regarding the education of little girls, and so, Berthe Morisot and her sister Edma were allowed to start off their career as artists.

Berthe was interested by the trend that led painters outside their workshops where they were painted what they saw on the spot, which is to say, the beginnings of Impressionism. Coming from an upper-middle class and a socialite family, some famous names were invited to dine at the family table, such as French writers Emile Zola, Charles Baudelaire, and painter Edouard Manet. Berthe became Manet’s student, and occasionally modelled for his paintings. She found her own style in the Impressionist fashion despite the overbearing shadow of her famous teacher, while her sister Edma got married and never painted again.

Along with Monet, Degas, Pissarro and Renoir, she co-founded the “Anonymous Painter, Sculptor and Engraver Society” which helped and allowed impressionists to exhibit their work outside the stifling salons of the Fine Arts Academy. She married Manet’s brother and had a daughter, all while becoming famous for her work. She exhibited her art at events every year and received appraisals from the intelligentsia and hosted parties for her friends Degas, Monet, Mallarmé, Caillebotte, Pissaro and Renoir. Needless to say she was well surrounded.

When she died, despite a brilliant career, she was buried without mention of her being a painter for a woman could not be acknowledge as such at the time. Her work quickly fell into oblivion… to be discovered again a hundred years later, at the turn of the 21st century by the grace of an American exhibition that hosted her paintings. Undeniably, Berthe Morisot was a major character in the impressionist fashion during the late 19th century, and we all have the opportunity now to admire her work in Musée d’Orsay in Paris until September 22nd.

Enjoy Berthe Morisot’s exhibition and the rest of Orsay’s impressionist collection with us! Book our Private Tour of Orsay Museum here.