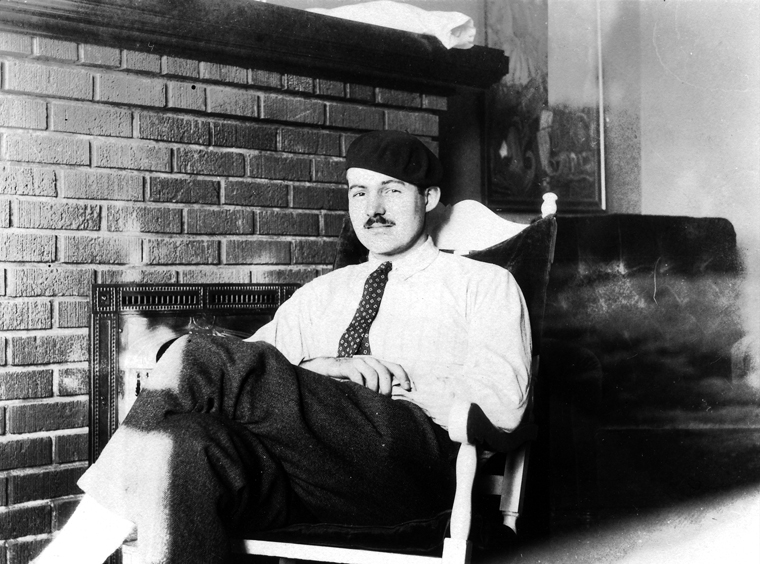 Ernest Hemingway wrote in A Moveable Feast, “There is never any ending to Paris and the memory of each person who has lived in it differs from that of any other. We always returned to it no matter who we were or how it was changed or with what difficulties, or ease, it could be reached.”

The Hemingways lived in a third floor apartment at 74 Rue Cardinal Lemoine from January 1922 to August 1923. While they lived here Hemingway rented a space around the corner at 39 Rue Descarte just for his writing. He enjoyed walking the nearby Rue Mouffetard, which he described in A Moveable Feast as a “wonderful, narrow crowded market street”.

The territory of the Lost Generation starts at the Closerie des Lilas, on the corner of Boulevard Montparnasse and the Avenue de l’Observatoire. Hemingway listed this café as one of his favorite places in Paris in his memoirs. This historical cafe is where Hemingway first read The Great Gatsby with his friend F. Scott Fitzgerald and where he wrote most of The Sun Also Rises. A placard marks his favorite seat at the bar, and one can even order “Le filet de boeuf Hemingway”. 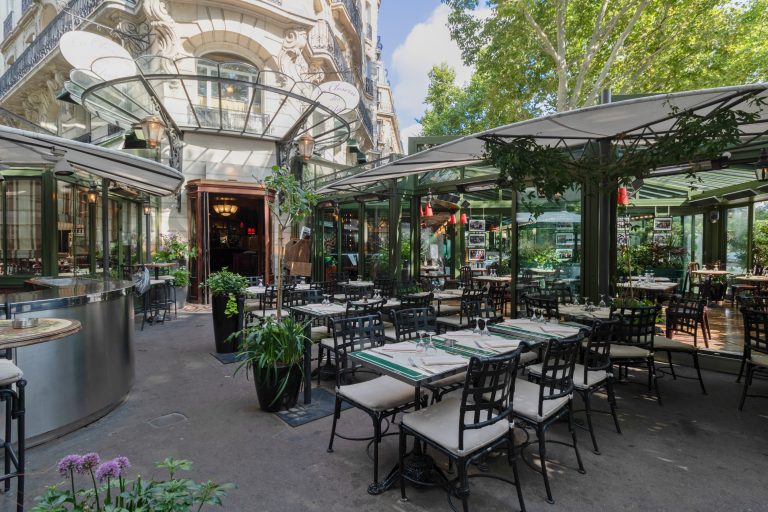 The Lost Generation’s area then follows the length of the Boulevard Montparnasse to the intersection with Boulevard Raspail where the famous cafés Le Dome and La Rotonde attracted the jazz-loving American expat crowd. However, Hemingway preferred the Closerie des Lilas over the others because the popular Montparnasse cafés were places where people went to see and be seen, whereas at the Closerie he was able to focus on his writing.

If you head up the the Avenue de l’Observatoire from the Boulevard Montparnasse, you will find yourself in the Luxembourg Garden. Hemingway mentioned that in times when he was low on funds he would prefer to walk through the gardens so as not to be tempted to spend money in cafés and restaurants on the streets nearby. He even claimed that in desperate times he would capture pigeons, strangle them, and then hide them in his son Bumby’s pram to take them home for dinner. Hemingway also wrote that he enjoyed visiting the Luxembourg Museum where he appreciated its collection of landscapes by Paul Cézanne.

Heading past the Luxembourg Garden and up towards the Seine will bring you to the Saint-Germain-des-Prés neighborhood. Here Hemingway frequently visited the shop Shakespeare & Co (located at 12 Rue de l’Odéon), where he borrowed books from the owner Sylvia Beach. Though the original shop closed in 1941, a second location opened at 37 Rue de la Bûcherie, across the Seine from Notre Dame in 1951 and is still open today.

Hemingway frequented the iconic literary hangouts Les Deux Magots and Café de Flore and ordered his favorite drink: the Dry Martini. He used Les Deux Magots as a setting in The Sun Also Rises. Across the street, Hemingway enjoyed liters of beer and pommes à l’huile with sausage at Brasserie Lipp.

Hemingway greatly disliked the term The Lost Generation but he used it as inspiration for his 1926 novel The Sun Also Rises, which captures the essence of the disenchanted and heavy-drinking group of expats in post war Paris, and several of the places above are referenced in the novel. As he wrote,“Paris was always worth it and you received return for whatever you brought to it. But this is how Paris was in the early days when we were very poor and very happy.”