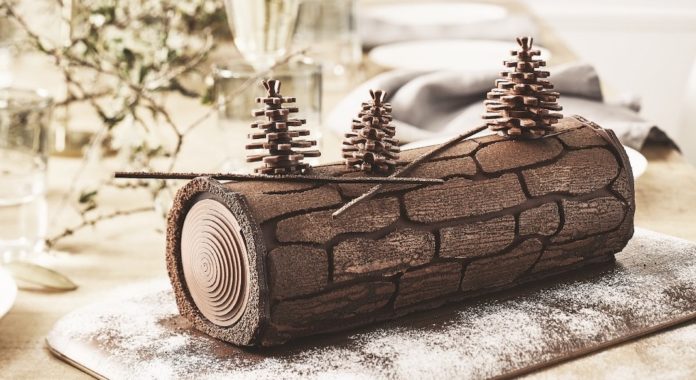 Thinking about visiting Paris for the holidays? The French capital is an excellent choice for your a holiday vacation. Even if you can’t make it to Paris this December it is still possible to celebrate Christmas the French way. Here is a list of the most popular French Christmas traditions:

The tradition of giving gifts to children on the feast day of Saint Nicholas began in the 11th century. Legend has it that Saint Nicholas (who was a bishop in the 3rd century in Turkey) brings gifts to good children over the night on December 5th. French children would leave their shoes out for Saint Nicholas to fill with chocolate, candies, nuts and fruits. On the 6th of December, a donkey comes into French villages bringing baskets with more presents. Gifts were typically sweets and fruits. In the 19th century oranges were a popular gift as they were rare and represented prosperity. It wasn’t really until the 20th century that department stores in France began to advertise buying toys for children for Christmas.

The tradition of decorating evergreens originally came from of a pagan ritual celebrating the winter solstice. The tree symbolises the renewal of life and was decorated with fruits and flowers. Eventually this tradition was assimilated by Christians in Medieval Germany. The first reference to a Christmas tree in France dates to 1521 in an Alsatian village. People would decorate the tree with seasonal fruits and red apples, symbolising the tree of life in the Garden of Eden. In 1738 Queen Marie Leszczyńska, the wife of Louis XV, installed the first Christmas tree in the Chateau of Versailles. In 1837 the Duchess Helene de Mecklembourg put up a Christmas Tree in the Tuileries palace. It wasn’t until after the Franco-Prussian war of 1870 that the tradition spread throughout all of France, due to the arrival immigrants from the region of Alsace and Lorraine.

On the 24th of December, French families gather together to celebrate the Reveillon de Noel with a large meal before heading to the midnight mass. Champagne is served as an aperitif and foie gras, salmon and oysters are traditional starters. For the main course, turkey is served stuffed with chesnuts. Each course of the dinner is paired with wonderful French wine. Different regions of France have their own special traditions. For example, in Provence there is a ritual of having 13 desserts which represent the 12 apostles of Jesus – including local pastries, nougats and candied fruits like raisins and figs.

Perhaps the most famous Christmas dessert in France is La Bûche de Noël, a chocolate cake in the form of a yule log. This tradition goes back to the 16th century when a very large log of wood was cut and brought into every home on Christmas Eve. On Christmas morning, the log is lit and burns slowly over the Christmas holiday. It was believed that this would protect the home. However, beginning in the 19th century it was less usual to have a large enough fireplace so the log became smaller and was placed on the dinner table. And then someone had the wonderful idea to turn the log into a chocolate cake!

Traveling to Paris for the holidays? Skip the hassle of planning – we design your dream Paris vacation! Request a custom itinerary of Paris here: