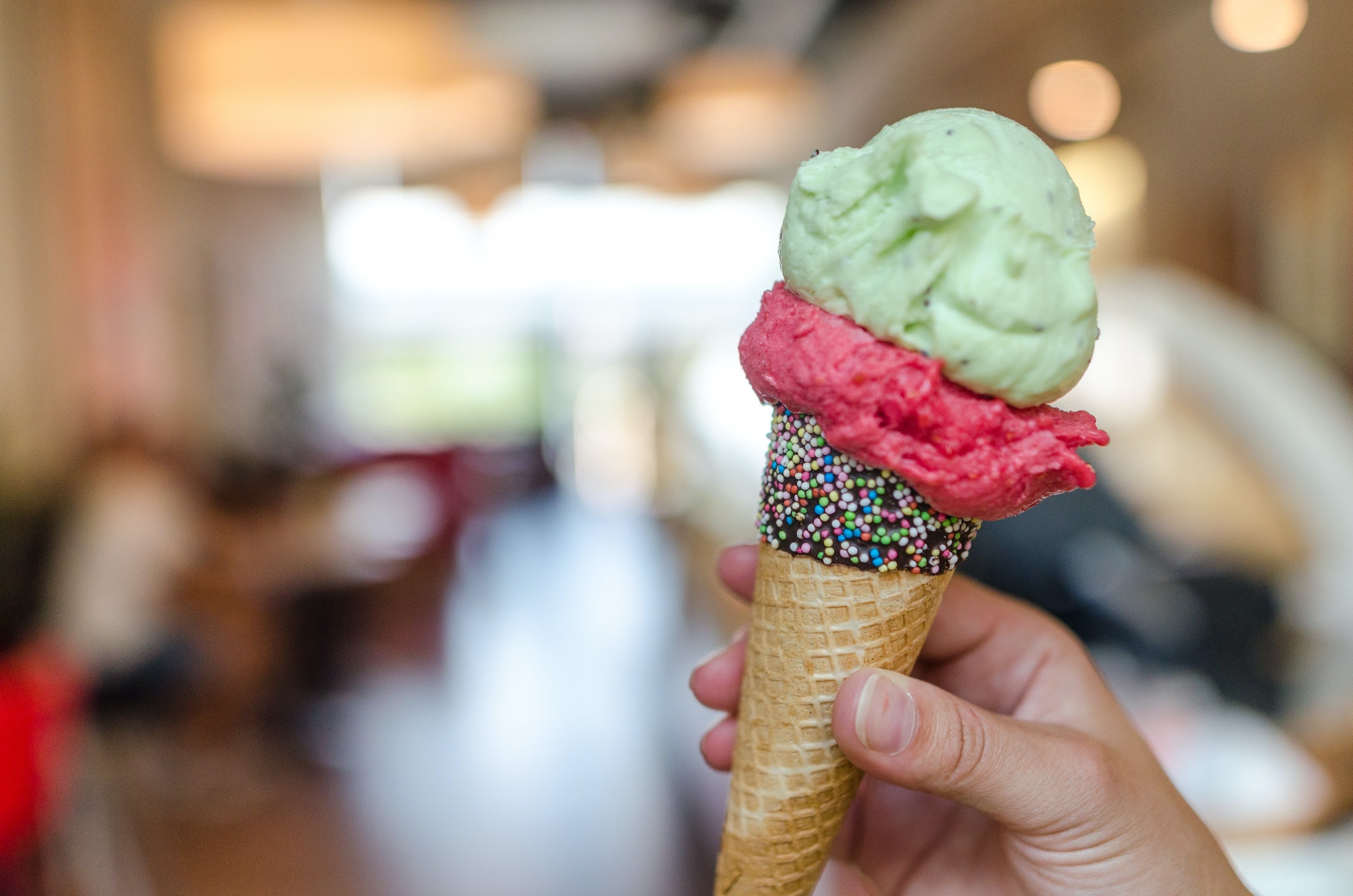 Each summer in Paris, we usually experience a week or two of La Canicule (a heat wave that is abnormal due to the fact that the temperatures stay elevated even at night). Whilst being in the French capital during these periods of extreme heat can be unpleasant one of the best remedies is, of course, Ice Cream! Paris has no shortage of excellent ice cream parlours where one can pick up a cornet de glace of your favourite flavour and cool off. Keep reading to discover the best ice cream parlours in Paris for the summer of 2019!

First, a bit of history…

Ice cream actually found its way to France during the 16th century via the Italian-born Queen Catherine de Medicis. Going further back to the 13th century, the Venetian explorer Marco Polo had discovered a sherbet recipe from China which he brought back to Italy. This recipe likely evolved into creamed ice over the course of the 16th century and was reserved for royalty. In 1660, Café Procope, the oldest cafe in Paris located in Saint-Germain-des-Prés, proposed a recipe that consisted of milk, cream, butter and eggs with ice. Now the Parisian public could enjoy ice cream as well. The first flavoured ice desserts appeared in 1674. Ice cream as we know it today began to be produced in the 18th century in a variety of flavours.

The most famous ice cream in Paris is by far Berthillon on the Île-St-Louis. Raymond Berthillon began making ice cream of the highest quality with the best ingredients, sourced at the nearby market in Les Halles, at his restaurant Le Bourgogne in 1954. His descendants are the current owners of the shop which is located at the same address as the original restaurant. The ice cream shop gained notoriety in the 1960’s when it was included in a famous French restaurant guide. Berthillon sells about 60 different flavours, and there is a lovely Salon de Thé for those wishing to dine in.

The Maison Berthillon is located at 31 Rue St Louis. There is typically a long queue out the door, but Berthillon ice cream is definitely worth the wait!

In the Marais, Une Glace à Paris is located at 15 Rue St Croix de La Bretonnerie and at 44 Rue des Abbesses in Montmartre.

Located in the 7th arrondissement on one of Paris’ most charming market streets, Rue Cler, at number 39 is Martine Lambert. Martine opened her first shop in 1975 in Deauville, Normandy. She continues to offer ice cream made from unpasteurized milk and crème fraîche coming directly from a farm in Normandy, delivered there everyday. The sorbets have a very high fruit content.

If it is gelato you’re after, then look no further than Pozzetto at 39 Rue de Roi de Sicile in the Marais. Pozzetto limits the number of their artisanal flavours to 12 – which means that each of these is carefully curated. Try the gianduia (chocolate and hazelnut) and pistacchio, which are famous!