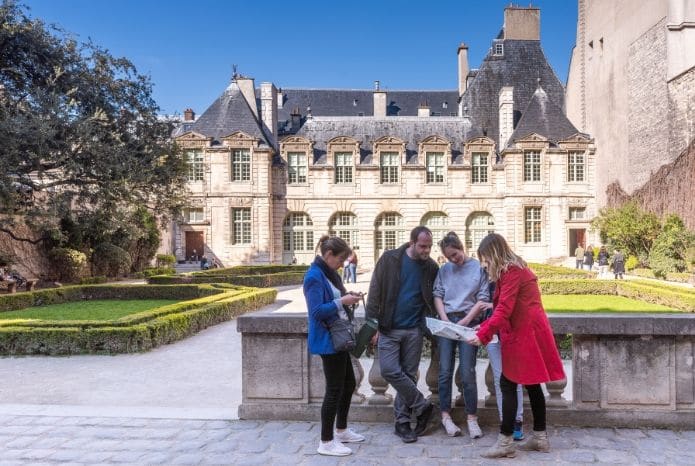 Planning your dream vacation to Paris? You may be filled with questions about your upcoming visit, especially if it will be your first time visiting the French capital. We’ve compiled a list here of 10 things you should know before you come to Paris.

Paris is a very safe city, statistically it is one of the safest large metropolitan areas in Europe. Since Covid-19, France had also made in place sanitary pass and a successful vaccination campaign. To access restaurants and museums you’ll need a mask and a proof of your vaccination in US at the entrance. Wear your mask in metro, shopping area, train stations and any crowded place.

You should be aware of your bags in crowded or touristy areas like in the subway and around the Louvre, the Eiffel Tower and the Sacre Coeur. The only areas that you might want to avoid late at night are around the Gare du Nord, Stalingrad and Chateau d’Eau.

#2 Pharmacies are everywhere, you don’t need a prescription for many medications or PCR test

If you’re visiting Paris and you happen to start to feel a cold coming on, before trying to find a doctor, simply head over to the nearest pharmacy. Pharmacists will go over your symptoms and any pre-existing conditions or medications you already take and they’ll offer you medical advice and guidance. If you need a PCR test, pharmacies all over Paris are providing test in their opening hours. If you need a doctor you use this app Doctolib to find someone available.

#3 The French are Actually Really Nice!

Contrary to popular belief, the French are not rude. They are actually very proud of their city and their culture which has wrongly given them the reputation for being a bit snobbish. Compared to Anglo-saxons, French social behavior is very different, which is why they can sometimes seem unfriendly. It is simply due to the fact that in Paris people value politeness and are therefore much more formal than what some tourists may be used to in their home country. However, once you get to know a French person they will open up to you. Especially if you speak a bit French with them !

We know that learning French can be very intimidating, especially when the Parisian locals talk in rapid fire French. Luckily, because many French people you’ll come across in restaurants and shops will speak at least a bit of English there is no need to be fluent in French to visit the city. Furthermore most signs and announcements in the Parisian metro system have English translations. However, picking up a few basic French phrases will really go a long way during your trip. Though it seems insignificant, simply saying “Bonjour” will make a huge difference when entering a shop or a restaurant. Some other super easy French phrases to memorize: “Pardon” (Excuse me) “Merci beaucoup” (Thank you very much), “Parlez-vous anglais?” (do you speak English) and “Bonne journée/bonne soirée” (Good day, good evening). You can use Duolingo before coming and learn a bit of French.

#5 Paris is a Walking City

Paris is actually quite a small city, being only 6 miles across. It is actually half the size of Brooklyn. That being said, it makes it quite easy to get around the Paris on foot, and quite enjoyable, too. You could walk from one end of the city to the other in three hours.

#6 The Metro is your friend

When visiting Paris, do not be intimidated by taking the metro! It is very convenient and will help you get from point A to B quickly.. The Paris metro is one of the oldest subway systems in the world, and it is actually very user friendly. Maps and directions are clearly marked and compared to some other cities, it is usually quite clean. You can also always rely on handy apps like CityMapper to help you navigate your journey.

Paris is obviously famous for its world class art museums like the Musee du Louvre and the Musee d’Orsay. But did you know there are so many more museums worth a visit than just these two icons? There are actually about 130 museums in the city ranging from the historical monuments to the unusual, like the museum of magic. You could also visit Rodin Museum, Orangerie or Marmottan with a private guide.

#8 You’ll find a green space in every neighborhood

When Baron Haussmann reconstructed and reorganized Paris in his grand city planning projects during the Second Empire, one of the goals was to bring more green spaces into the city so that the residents could have fresh air. Inspired by London’s great parks, Paris has about 500 green spaces within the city. These oases provide respite to locals and tourists alike. For a real Parisian experience, grab a baguette sandwich from a boulangerie and then enjoy it whilst sitting on a park bench.

#9 Many Restaurants don’t serve food between 2pm and 7pm

In Paris, lunch is typically served between 12-2pm. If you’re out and about in Paris and are looking for a bite to eat after this time has passed, you may have to search specifically for a restaurant that will say 24/7- meaning that they serve food at all hours. Most traditional French restaurants take a break between lunch and dinner service. Dinner typically starts at 7pm or 7:30pm, while many French will eat around 9pm.

#10 Paris is a multicultural city

French culture is beloved around world, and French gastronomy is considered to be one of the most refined and elegant cuisines. While you will have no shortage of traditional French restaurants in Paris, remember that Paris is a very multicultural city. With large populations of  Chinese, Vietnamese, Indians, Moroccans, Algerians and among many others, there are hundreds of excellent and unique ethic restaurants, bakeries and cafes to try in the city. Specific neighborhoods like Belleville are true melting pots of culture. 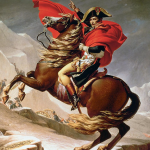 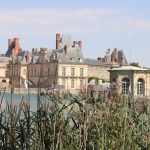 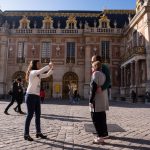